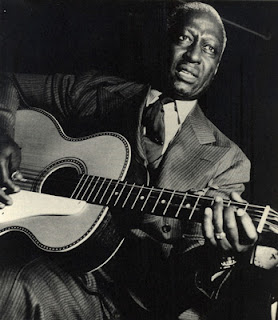 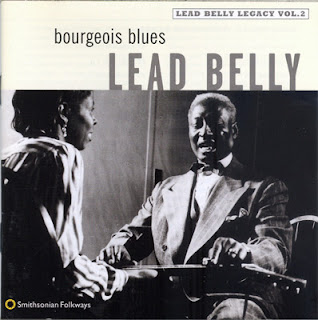 Again,the rich music of Lead Belly -which if you listen
carefully has inspired more modern music.In the song:
"In New Orleans" we hear the beginnings of the classic
"House of The Rising Sun"(made famous by The Animals).
The Bourgeois Blues picks at how life really is, in
Washington,and becomes one of the first heard folk protest
songs ever, recorded in the 1930's! Looky Looky Yonder,
becomes the beginning to the song Black Betty...which
is covered by a lot of people. One that comes to mind
who keeps his covers real is Nick Cave(and the Bad Seeds)
Who does a fine job of Black Betty keeping the Looky Looky
Yonder part in the song.
Gallis Pole loosely becomes Gallows Pole (Led Zeppelin)
And the list goes on. Lots of great music here,if you just
plain love the blues in an original form. The "originator"
Lead Belly. It's blues and it's folksong.
Lead Belly Bourgeois Blues
Posted by garage 66 & mojo repair shop at 4:57 PM

Thanks for all of the Leadbelly but especially for this one. I've been looking for a copy of Bourgeois Blues for a while. All I could find was a hopelessly cheerful version by Pete Seeger. Pete, it's a blues song. It's about being humiliated and despised. Stop grinning for chrissakes.

And don't forget Ram Jam, who recorded THE best known cover of "Black Betty" (sans "Looky Looky Yonder"). This version is usually the only one most people these days even know about. 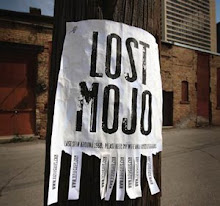